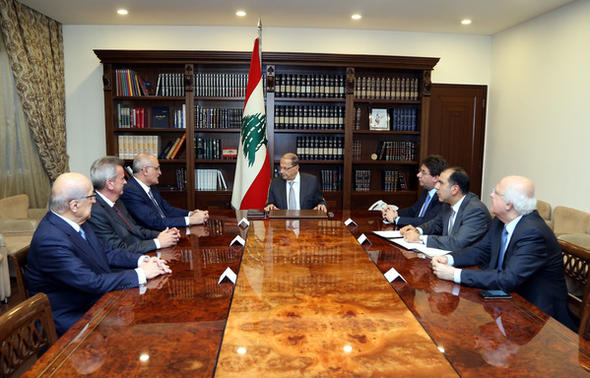 Though Lebanese Prime Minister Saad al-Hariri’s recent resignation sent shock waves through the region and raised questions about the impact on the national economy, experts tell Al-Mashareq that Lebanon is up to the challenge.

Al-Hariri announced his resignation on Saudi television on November 4th, just one year after a political deal that brought Michel Aoun to the presidency and al-Hariri to the premiership.

Financial markets in Lebanon are being closely watched in anticipation of the fallout from the move, but assurances given by Central Bank governor Riad Salameh and government officials have helped to maintain stability.

At the conclusion of a November 6th meeting with finance officials, Aoun said Lebanon’s “financial and monetary situation is stable and there is no unusual withdrawal activity”.

Finance Minister Ali Hassan Khalil affirmed after the meeting that Lebanon’s economy is able to absorb the recent political developments, stressing that “the financial and monetary situation is stable despite the existing challenges”.

Joseph Tarabay, president of the Association of Banks in Lebanon, said the capabilities of the Lebanese banking sector and the Central Bank and the country’s management of finances are keeping the situation stable.
Social repercussions

There have been no negative repercussions from al-Hariri’s resignation in terms of the exchange rate of the Lebanese pound, said economist Jassem Ajaka.

“But there will be some level of economic, financial and of course, political, instability,” he told Al-Mashareq.

The resignation’s social repercussions are related to the fate of the recently approved salary increase for public sector employees, and the government’s preparation of a plan to address the Syrian refugee crisis, he said.

“There is no impact on citizens in the short term, thanks to the stability of the Lebanese currency and low oil prices,” Ajaka added.

But there will be repercussions for the state in the near future with regard to the increase in the cost of insurance contracts for Lebanese securities offered on the international stock exchange, he said.

“This means the interests paid on them will have to be increased to entice investors to buy them, thus increasing public debt service,” he explained.

Ajaka said any drop in Lebanon’s credit rating by international rating agencies will cause significant damage in terms of investment.

But he affirmed “the ability of the Central Bank and commercial banks to finance the Lebanese state, as they combined have about $250 billion in deposits, assets and reserves, or five times the size of the Lebanese economy”.
‘Reassurances eased the concerns’

“Al-Hariri’s resignation came at the end of the week, which gave banks and financial markets time to prepare for possible reactions they might face,” said Antoine Farah, economic editor at al-Joumhouriya newspaper.

These include people rushing to banks to change their deposits and savings into dollars, thus putting pressure on the Lebanese currency, he told Al-Mashareq.

The assurances given by financial authorities eased people’s concerns, he said.

“Al-Hariri’s resignation will not upend the financial and economic situation overnight, because the Central Bank has huge monetary reserves that can be used to defend the Lebanese pound,” Farah said.

Over the past 10 years, he noted, Lebanon has weathered the resignation of a government and a vacuum in the presidency, security issues, military operations and assassinations of political and security figures.

The Lebanese pound has managed to maintain its stability though all this, he said, stressing the need to remain confident in the Lebanese financial system.

“While those events that hit Lebanon did not reach the point of undermining monetary stability, they did cumulatively contribute to weakening economic and financial conditions,” he said.

The weakness of the economy does not mean it is on the verge of collapse, he added, though it could affect the exchange rate for the Lebanese pound and the purchasing power of Lebanese citizens.
Businesses await clarity

Direct and short-term investments currently are on hold, he said, because the problem is political and also has regional implications.

“Businessmen in Lebanon await the decisions of the political leaders in the country to get a clearer picture,” he said, adding that “this is not the first time that Lebanon has experienced a crisis”.

He pointed out that Lebanon has experienced “all kinds of political, economic and security crises”.

In a November 8th meeting with Aoun, World Bank regional director Saroj Kumar Jha affirmed that the Bank will continue to support Lebanon in all areas and is committed to continuing to work with its government.

Kamar Jha said the World Bank “is working on a range of new projects to support reform in a number of sectors, including smart reforms in infrastructure development and the water sector in Lebanon”.